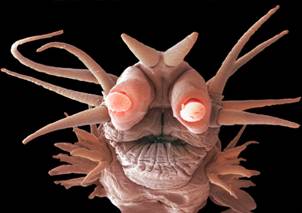 Creatures of the deep 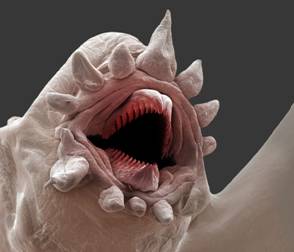 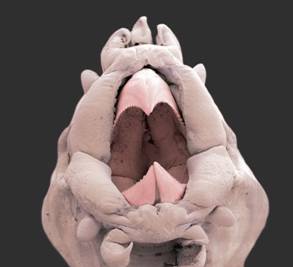 Since the 1970s, scientists have revised their ideas about the deep ocean floor. 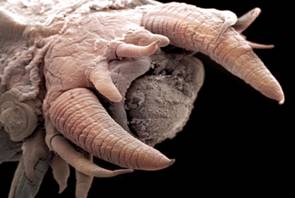 Instead of a barren wasteland, they have discovered diverse communities of creatures that live on and around hydrothermal vents. 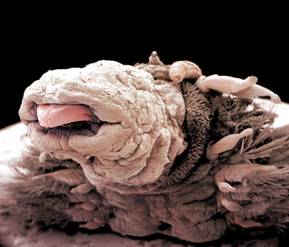 Hydrothermal vents are cracks in the seafloor, usually found around quake zones, volcanoes and the edges of tectonic plates 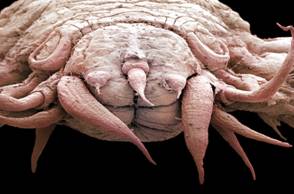 hey release superheated water and a cocktail of chemicals that provide a home for creatures like the scale worms. 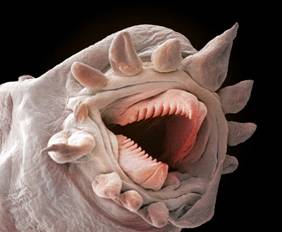 Scale worms crawl along the seafloor near a vent, using their vicious-looking teeth to munch on the bacteria and simple organisms that thrive in the hot water and chemical soup. 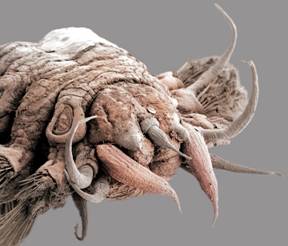 The vent community gets its energy from chemistry rather than photosynthesis, since no light reaches the depths 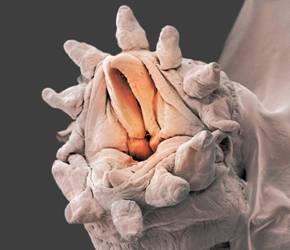 This leads to some bizarre relationships: the scale worms are hosts to symbiotic bacteria that may be providing them with nutrients. 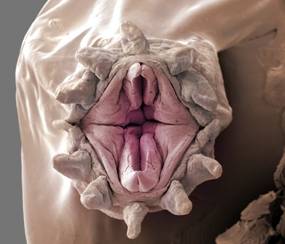 Some scientists believe that the worms may rely on the bacteria to survive. 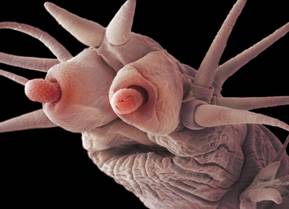 They may be monsters from the deep, but their ability to survive in the deep ocean makes scale worms fascinating to researchers like Daniel Desbruyeres, a senior researcher at Ifremer, France. "The deep sea realm is one of the most diverse habitats on Earth," he says, "yet our perception of it is still in its infancy," he said.