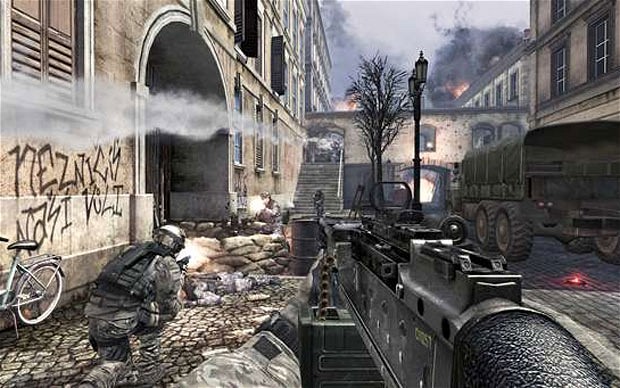 Tech news : Call of Duty: Black Ops 2 and Halo 4 to do battle in November

Call of Duty: Black Ops 2 and Halo 4 to do battle in November, to go head-to-head with Halo 4 in the run up to Christmas.

The latest instalment in the bestselling shoot-em-up franchise will be set in 2025, when terrorists hack into US Army drone systems amid a new Cold War between America and China.

The most recent title, Modern Warfare 3, reached a billion dollars in sales faster than any entertainment product before on it release last November.

The game, the ninth in the Call of Duty franchise and the follow-up to the first Black Ops title, released in 2010, will be available from 13 November, Activision said. Halo 4 will be released on 6 November.

Activision CEO Eric Hirshberg said the new Call of Duty game would be "taking some risks".

Activision will hope that moving the franchise into a futuristic setting will reinvigorate gamers' interest. The script has again been written by David Goyer, best known for the screenplay for Batman Begins.