Sky diver to break sound barrier with jump from edge of space, Felix Baumgartner will leap from a balloon, plummeting to the ground 120,000 feet below. Watch it live here !! 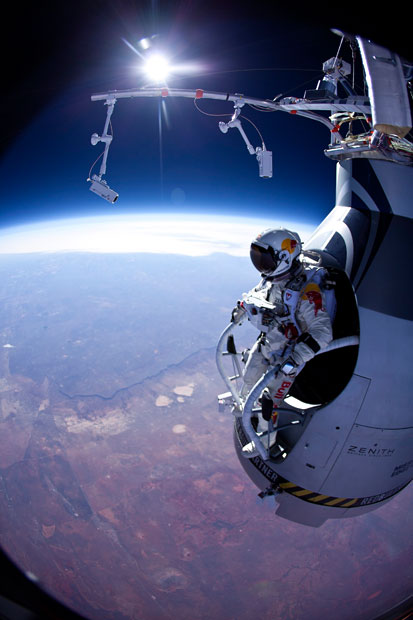 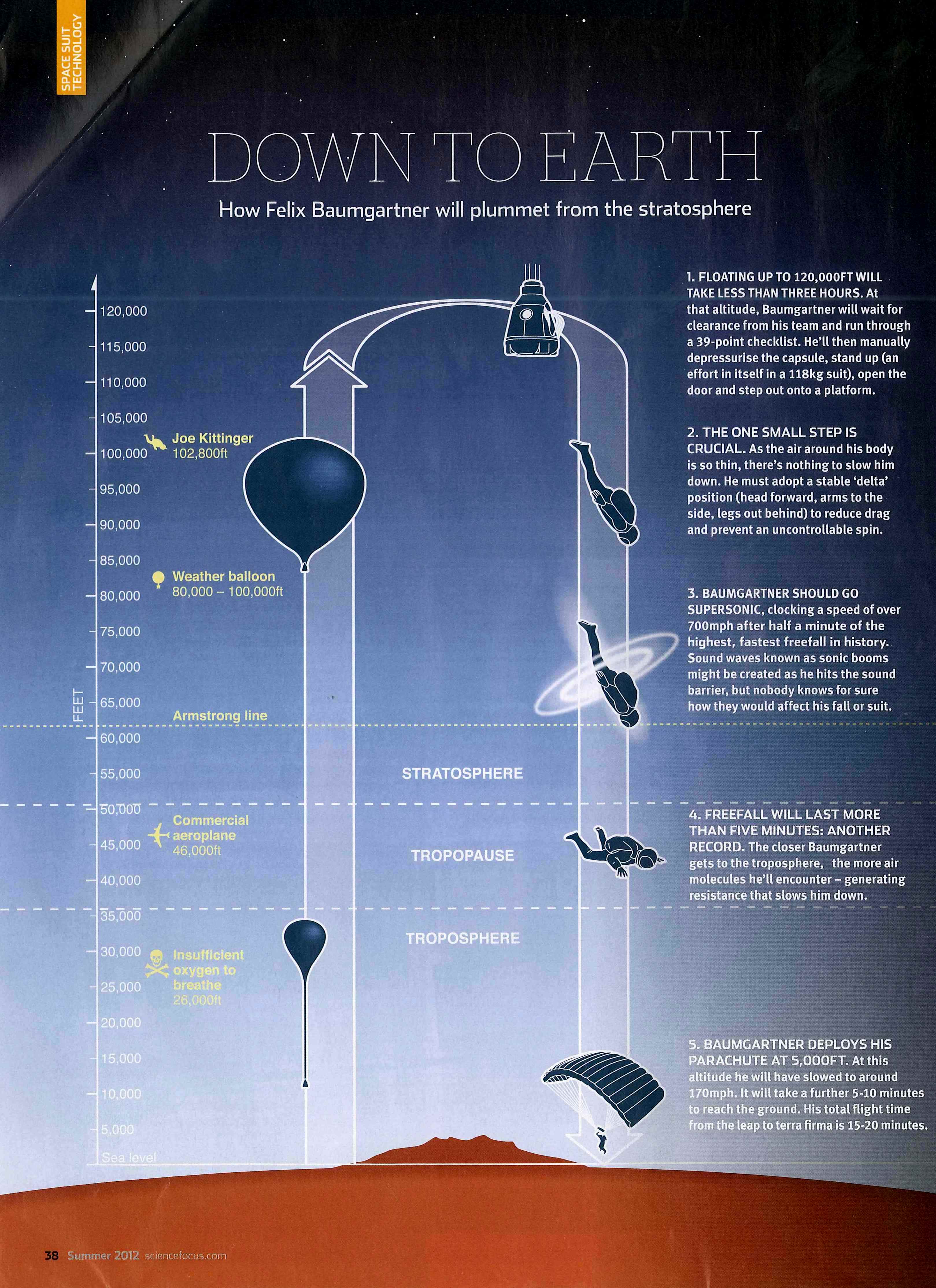 Skydiver Felix Baumgartner hopes to hurtle toward Earth at supersonic speed from a record 23 miles (37 kilometres) up, breaking the sound barrier with only his body.

During his 10-minute journey to earth the Austrian will travel at more than 690 miles per hour inside a special suit, which must protect him from temperatures as low as -94 degrees F.He made it more than halfway there during a critical dress rehearsal, ascending from the New Mexico desert in a helium balloon and jumping from more than 13 miles (21 kilometres) up.

ByAfter 35 seconds he will break the sound barrier, and finally, at 5,000 feet he will deploy a parachute and – hopefully – land safely on the ground.

He will rely on its oxygen tanks as the air is too thin to breathe – and hope that the sheer force of the fall does not make him blackout.

The team working with the Austrian will this week announce that an attempt to make the record breaking jump will take place in August above New Mexico.

Mr Baumgartner said he hoped his stunt would help provide valuable information about how humans will cope in the future with space tourism and open up new types of extreme sports such as space diving.

He added: "I always feel the danger because you might always be subject to an unexpected or emergency event. One single mistake might cause a real catastrophe. You are worried about being where humans shouldn't be.

The skydive, which is being sponsored by energy drink manufacturer Red Bull, will attempt to break four world records – the highest altitude freefall, the highest manned balloon flight, the longest distance travelled in freefall and the speed record for the fastest freefall.

Mr Baumgartner, who is a helicopter pilot when he is not skydiving, will travel into the Earth's stratosphere in a specially adapted scientific weather balloon.

The huge helium balloon, which will inflate to be around 400 feet wide, will carry a pressurised capsule up to 120,000 feet in around three hours. Commercial airliners typically cruise at altitudes of between 30,000 to 39,000 feet.

At 23 miles up, the air pressure is 1,000 times less than it is at sea level and air is so thin that without his own oxygen supply Mr Baumgartner would suffocate. His blood would begin to boil because the boiling point of liquids falls as pressure falls.

A custom made pressurised suit similar to those used by Nasa astronauts will protect him from the harsh environment. Engineers have spent nearly two years developing and testing the suit in preparation for the jump.

Oxygen cylinders packed into the parachute pack will supply him with 20 minutes of oxygen, more than enough for the 10 minute skydive. The parachute itself has also had to be adapted so that Mr Baumgartner can reach the cords to open it while inside the pressure suit, which makes it difficult for him to move around freely. Once the balloon reaches its highest altitude, Mr Baumgartner will open the specially constructed capsule, before launching himself into the unknown.

Scientists working on his team estimate he will break through the sound barrier after around 35 seconds in the thin air of the stratosphere, reaching Mach 1.2.

The helmet of his suit has been constructed to help protect him from the sonic boom as his passes through the sound barrier. It will also feature a heated visor and sun shield to help keep his vision clear.

After around 5 minutes of freefall, Mr Baumgartner, will open his parachute at 4,986 feet. The increased air resistance as the atmosphere thickens will help to slow him down before pulling the parachute. A further five minutes later he is due to land back safely back on the ground.

The supersonic skydive is not without its complications, however. Among the greatest danger he will face after jumping is going into a spin which would cause him to blackout.

This almost killed Kittinger in training during 1959 when a stabilising parachute failed to open.

His team hope to have him land as close as possible to the take of zone in New Mexico, but even the slightest breath of wind could throw him off course and he could drift up to 150 miles with just a light breeze.

The jump was supposed to take place last year, but a legal case lodged against Red Bull by a promoter called Daniel Hogan who claimed the stunt was his idea saw all preparations being abandoned and Red Bull cancelled the project. Last July, however, the legal dispute was resolved and the case was dismissed.

He also faces competition from other skydivers hoping to break the record before him. Michel Fournier, a 67-year-old retired US Air Force colonel, is also hoping to jump from an altitude of 25 miles but has faced delays. He also expects to make his jump attempt in 2012.