Over 300 million pieces of Space Junk orbiting Earth !! Lets make them clean up their mess !!

There are more than 300 million pieces of space junk larger than 1 millimetre in orbit. 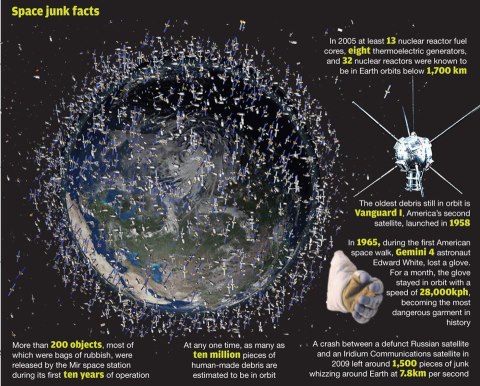 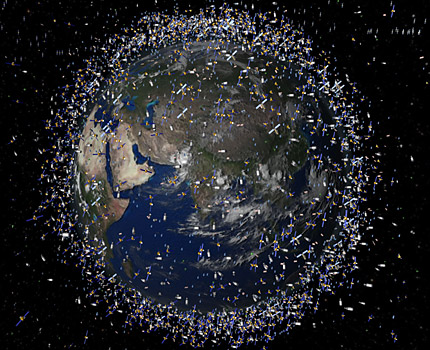 A 1 millimetre piece of junk could kill an astronaut.

The junk includes old satellites and rocket parts, including astronauts' rubbish like a camera that was dropped on a space walk.

The Kessler Syndrome was proposed by NASA's Donald Kessler in 1978.

1979 Skylab, the first American space station, fell to the Earth in thousands of pieces.

Junk travels at up to 28,000 kilometres per hour, about 20 times faster than a bullet.

Most of the junk is in low Earth orbit, from 850 kilometres to around 2,000 kilometres.

If it is under 600 kilometres it will fall within several years.

There are estimated to be 500,000 pieces larger than 1 centimetre in low Earth orbit.

Satellites and debris pass within 10 kilometres of each other 1,000 times a day.

Orbital decay is when space junk and friction cause low orbit junk to fall to Earth.

Junk orbiting at above 1,000 kilometres circles the Earth for a century or more.