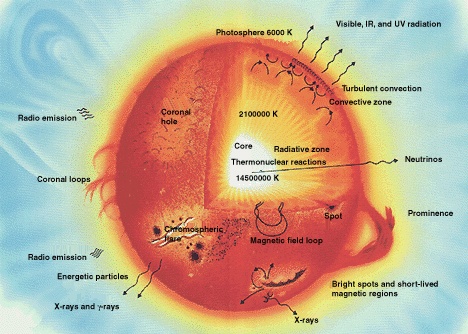 We are entering the next Solar maximum and solar storms are on the rise ....watchout satellites /GPS !

Sunlight takes about 8 minutes & 20 seconds to reach the Earth at 300 million km /hr.

The Sun is dragging Earth around galaxy at 800,000 km /hr and orbits every 250 million years

So the Sun has completed about 18 orbits during its 4.5 billion year lifetime...

Yes - over 2 million km/hr! (but this is still only about 0.2% of the speed of light) And you thought you were sitting still?!

Sun keeps getting brighter, estimated 40% brighter than when the earth formed 4.6 billion years ago.